About Us
Highly Qualified and Experienced Legal Team Serving all of Oklahoma.
Free Consultation 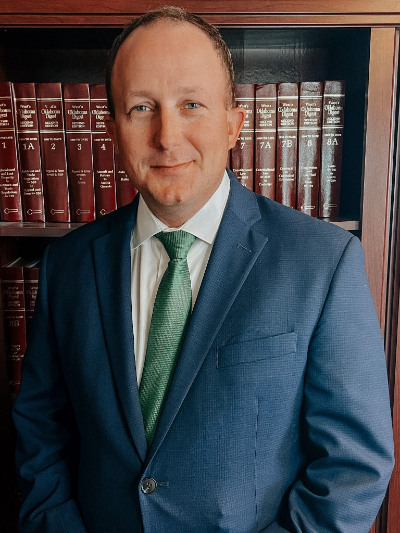 William Blocker is a partner of Palmer Law. Prior to joining Palmer Law and working his way to the partner position, Will litigated for the law firm Harrison & Mecklenburg, Inc. Before becoming a lawyer, Will held a successful career in the heating, air conditioning, and appliance repair business. While in law school, Will clerked for the Honorable Justice Yvonne Kauger of the Oklahoma Supreme Court.

Will received a Bachelor of Arts in Political Science from the University of Nebraska at Lincoln, where he graduated with high academic achievement. He earned his Juris Doctorate at the Oklahoma City University School of Law, as well as a Certificate in Energy Law.

During law school, Will was a Hatton Sumners Scholar, Distinguished Law Review Member, and received the Outstanding Law Graduate Award for his graduating class. Will served, as a student member, on the committee for the Chickasaw Nation Law Library, Vice President of the OCU Federalist Society Student Chapter, and was published in the Oklahoma City University Law Review.

Will grew up in Oklahoma and Texas. After serving in the United States Navy, he eventually met his wife, Lynn. They have three boys together; Kyson, Clayton, and Wyatt. Will and Lynn would describe themselves as small town advocates and live in Kingfisher. They enjoy attending their boys sporting events, as well as, all outdoor activities such as fishing, hunting, scuba diving and traveling.

Will and Lynn like to be active members in their community, and they strongly believe in self-

government. Will is a member of several national and local organizations including the A.F.A.M., Shriners International, and Scottish Rite. As a first-generation college student and law graduate, Will desires to give back with his new gift of education by mentoring others who are unsure of how to navigate the education system.